A brief guide to the basics of bibliometrics. Topics include: citation counts, journal rankings, journal metrics and altmetrics 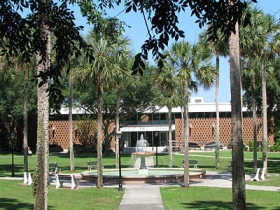 Measuring the impact of scholarly communication: a brief overview of bibliometrics and altmetrics

Bibliometrics measure the importance of scholarly literature on future research by analyzing the citations to published documents. Citation analysis has been the standard method of quantifying the significance of published research on future research. A research article that has been cited many times by other researchers is viewed as being influential within a branch of knowledge. The influence of specific journals is measured in a similar manner. Eugene Garfield, founder of the Institute for Scientific Information, is credited for the use of citation data in the evaluation of journal content relative to other journals in a field of study. Garfield's Journal Impact Factor has been the standard indicator of a journal's ranking in its field. (Haustein, 2012)  Journal ranking metrics that adjust for discipline-specific publication nuances have been developed more recently and are described in this guide (CiteScore, Eigenfactor, Scimago Journal Ranking SJR, Source Normalized Impact per Paper SNIP).

Over the past 20 years the Internet has influenced the process of reviewing, publishing and disseminating scholarly research. Peer review of scholarly literature and communication has become more open and interactive. Alternative metrics that incorporate network analysis and web-based data from social media outlets (Twitter, Mendeley, CiteULike) are being used to measure the influence of scholarly communication in society. Jason Priem and his colleagues at the University of North Carolina at Chapel Hill in 2010 coined the term "altmetrics" to describe the science of tracking scholarly communication on the web. (Romer and Borchardt, 2015)

For further reading on these topics: